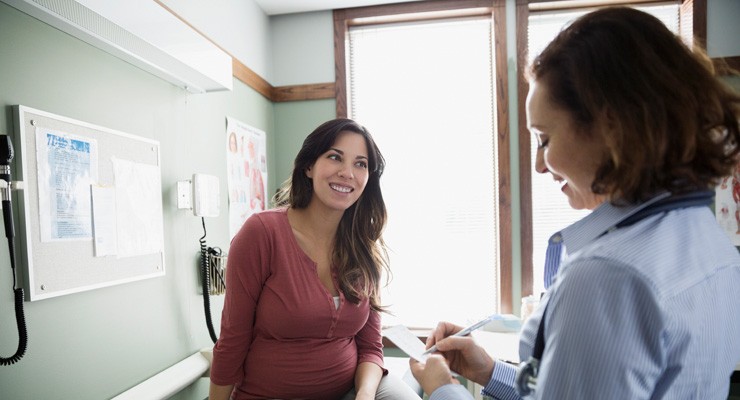 Group B strep can be passed from mother to child during birth and cause life-threatening infection in the newborn. Find out about testing.

At some time in your ninth month of pregnancy, you should be tested for bacteria called group B streptococcus, or GBS. As many as 30 percent of women carry GBS bacteria in the digestive system, the vagina or rectal area. Men can carry it, too.

Group B Strep is usually harmless in adults and may not cause any symptoms. But if passed to the baby during vaginal delivery, it can cause life-threatening infections.

What is the GBS test?

The GBS test is a prenatal test to detect the GBS bacteria. It is a simple swab of the vagina and rectum. It should not cause any pain. The swab is sent to a lab where a positive or negative result is obtained. GBS is not the same bacterium that causes strep throat. Strep throat is caused by group A streptococcus.

Why would I need a GBS test?

The GBS bacteria can affect the baby as it passes through the birth canal. Babies with GBS infection can develop pneumonia, sepsis (infection of the blood) or meningitis (infection of the membranes surrounding the brain). For this reason, the American College of Obstetricians and Gynecologists advises that all women get routinely screened for GBS during the 35th to 37th weeks of pregnancy.

What if I test positive?

Carrying GBS bacteria does not mean that you have a sexually transmitted disease or that you’ve done anything wrong. The GBS bacteria can come and go in the body at any time. GBS occurs in healthy women of all ethnicities.

If you test positive for GBS bacteria, you will be treated with antibiotics through an IV when you go into labor. Penicillin is commonly used, so be sure to let your doctor know during a checkup if you’re allergic to penicillin or other drugs. It’s a good idea to remind the hospital staff.

Studies show it is not beneficial to give antibiotics during pregnancy. The bacteria have time to come back before you go into labor.

Newborn infants are watched closely for symptoms of an infection, especially if you are GBS-positive at some point in your pregnancy. Chances are small that you can pass the bacteria on to your baby if you are treated with antibiotics right during labor. But it can happen.

GBS should not affect your decision to breast-feed. Breast-feeding is very healthy for your baby, even if your GBS test was positive.